Whenever I get together with my cousin Stewart we find trouble. We joke quite often that we are brothers from another mother. When we get together we drink FAR too much, gamble on whatever we can think of and generally do everything possible to completely piss off our respective spouses.

Stew had some friends coming over for the Shamrock -Le fight and some poker and I made myself available obviously. COMCAST SUCKS MONKEY BALLS and we never got the fight on the TV.

After the fight was long over we managed to find a bootleg of it and play it on my laptop, it looked like a really good match and I thought Shamrock was wearing Le down before he broke his wrist.

My cousin and I ended up playing heads up till about 5 am this morning. He pwns me....

The wife was less than pleased when I rolled in this morning, but she didn't punish me too hard, though I am NOT gonna be able to make the BIG GAME tonight for obvious reasons.

I decided to make myself some b-fast this morning to try and rid myself of the pain of whey too many beers. Nothing sops up the al-key-hol like grease and here's the play by play of the cure... 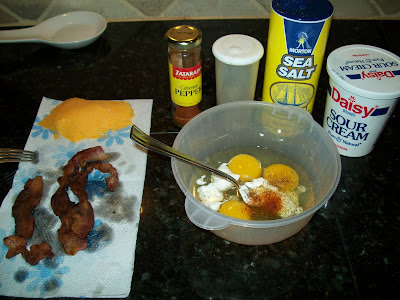 I cook my eggs well, using about half of the grease from the cooked bacon. Like sham says, bacon is life. 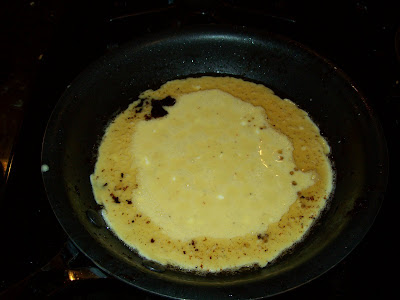 Add the cheese and bacon to the eggs. 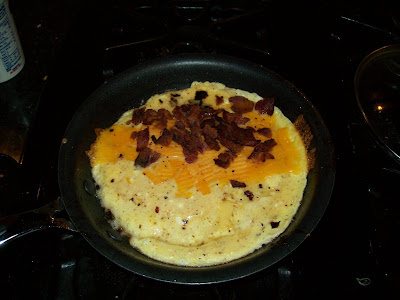 Turn it over and cook for a few minutes more. 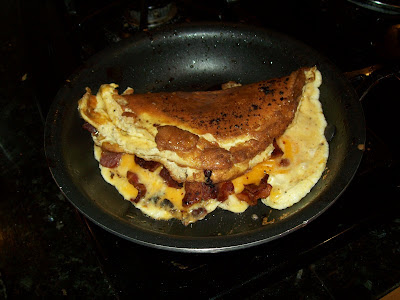 Add a dollop of picante and sour cream to the finished product, with copious amounts of coffee and a slug of OJ and you have a little slice of heaven. 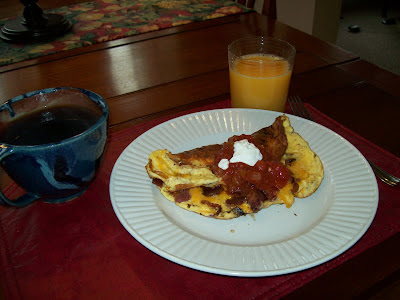 Good luck in the Big Game everyone.
Posted by 23skidoo at 6:13 AM

TIME to turn on the grill and cook some eggs up.

You're making me hungry!

Astin and I have got some competition now!