OK Kids, I got a few minutes to try and knock this out. We last left your hero with missing brain cells and a lack of fundage.

After a fitful sleep, I got up and showered, watched some tube while waffles snored and don cackled. I fell asleep again for a minute and then roused the dudes. I needed some food, since I failed to eat on Friday. We got dressed and decided to cab it over to Aria, I wanted buffet, so we walked about 14 miles around Aria until we found it. Totally worth it.

I had my home made omelet, and various other sundries from the huge buffet. The real bad part is that my hung over brain and shrunken stomach couldn't really take advantage. The shrimp were awesome and the prime rib was bloody, I just couldn't eat very much. I sucked as much down as I could and had a leisurely brunch before the tourney.

My last longer partners were wolfie and xkm1245. We were seated separately, but close enough I could keep an eye out. Neither of them looked particularly enthused, myself I was drowning in missed flops and picked off at least twice when I thought my raise should have been respected. I tightened up and was able to take a couple small pots, but I never got above my starting stack, I was terribly frustrated. I made a stand with ATo and was called by KTo which obviously paired on the river.

I enjoyed meeting Astin, who was to my right until he busted early. His printed photos of the view from Bellagio were spectacular.

I hung out and watched most of the rest of the tourney, getting up to give JOOOO reports on buddy once in awhile. She taught me how to play some penny slots and I bled away about 15 bucks but I did get a beer! woot.


It was a treat to catch up with Gnome, and meet his wonderful wife who insisted on calling me ScoobyDoo. She was great, and a coupon meister. I also caught a Cat sighting, he told me about red rocks and seeing Dave Matthews unplugged, good stuff.

There's a particularly large hole in my memory here....I'll need to figure out what happened next cause i can't really recall, but there was more to Saturday night that included parading the golden hammer, more poker and drinking, but I'll end here for now.

Coming up, the ugly, an epilogue and things I remember that I forgot.
Posted by 23skidoo at 10:38 AM 1 comment:

I hurt too much to write, I just want to curl up in a cool dark place.


Look at these pictures here. They made me feel a little better.
Posted by 23skidoo at 9:27 AM No comments:

For as many as five years I have wanted to join in WPBT festivities in Vegas. It just never was really feasible with its vicinity to the holidays, and y'know I'm just a poor old southern boy. Anyway I'd like to first say that I'm grateful to those that put their hard work, time, and effort to make this an unforgettable weekend in many ways. In no particular order I'd like to thank Al, Pauly, Iggy, CJ, April, FullTilt, Pokerstars. These are the lynch pins that make all this goodness go down...

Lets go ahead and skip to Friday night, cause well, the only thing I can remember about Thursday I'd rather forget. Maybe I'll come back to it in another post.

I woke up in darkness and had a mild panic attack. I wasn't exactly sure where I was. Luckily my phone was in my pocket. The clock read 8:05PM. I went to the shower and cleared my head, looked at the clock again in disbelief, and head out towards the MGM. I took the walk since I seriously needed it. The air was crisp but not cold and I grabbed a water on the way that went down way too fast. I sauntered past the MGM bar and noticed some bloggers there, not really sure who was there, but I smiled and nodded and moved along to the poker desk. I knew I had a hole to get out of.

I sat down and bought in for 100, which is not my preference, but i needed a stop gap. Pokergrump was already sitting there, and I didn't recognize anyone else. I played abc for a while and realized I could open up a little. I chipped up nicely gor a solid hour or so. Another blogger sat down that was either Soxlover or Penner. I'm really sorry that I got your name at one point and lost it. I think I called you sox on the way out of Legasse's hoping you'd correct me if I was wrong. By the time BrainMC sat down I had about 400 in front of me. The only hand I remember was with him when I flopped the nut flush draw (crubs) vs his set of tens. Didn't get there and I doubled him up. I got myself on the HORSE list and shortly started the blogger mixed game. I know the other CK was there, grump came too, we were joined by Josie, Yestbay, and CJ...maybe 2 more I can't remember right now. You can read about the oh so fun hand of razz I played vs Josie in the grump and josie links above. Good times. Bottom line, donks always win.

After awhile I retired to the bar and chatted up FromtheMorning, who was in town for less than a day, sox/penner/?, Waffles, CA April, Numbono, Ftrain, Iggy, Pauly, STB i think...and possibly more. My brain wasn't working so good, and now the memory is foggy and bleeding together.

We ended up back at the IP, where MiamiDon, Iggy, and I drank until about 5:30. A little aside about MiamiDon. I must admit I was not looking forward to being around him. We have butted heads on a couple occasions and I just wrote him off as an asshole. Well maybe some life moments have softened him up or whatever, but I had a hell of a time chatting and hanging out with Don. He's one of the good ones in my book and what's past is past.

If I met you and didn't mention it, please don't take it personally, I'm not that great in crowded social situations. I tried to get over my phobias as much as I could. It also doesn't help I was recovering from the massive hangover of Thursday night seemingly all weekend and there are several holes in my memory.

I had back spasms all day yesterday, also sore throat cough, all that fun stuff. Those of you who didn't see me in Vegas can safely assume that other than meeting some really fun people, things didn't exactly go as planned. Full post coming at some point.
Posted by 23skidoo at 1:49 AM 1 comment:

About this time tomorrow I will no longer be able to function as a rational human being. Too bad I'll be at work most of the day.

I'm still holding out hope of getting my bounty delivered today, if not, someone gets an IOU or I pull an Astin and just win the damn thing. 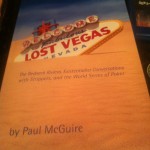 to read for the trip. Hopefully the good Doctor can sign it for me.
I had to finish getting our big ass tree set up and decorated last night. We sat around after finishing up and played 'I spy' with the ornaments as the kids sipped hot chocolate and munched on chocolate chip cookies. Norman Rockwell would be proud. Here is said big ass tree: 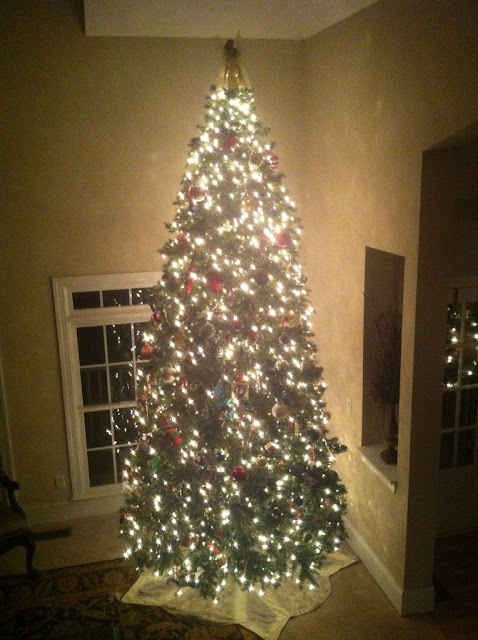 Tonight I have to pack and spend some more quality time with the kids and the wife. Tomorrow will be like a trip to the dentist until 5PM est.

EDIT: I also found another picture compilation that is pretty neat. Pencil VS Camera
Posted by 23skidoo at 3:38 AM 2 comments:

I don't know how many of you see the daily mail, but this is great.

I plan on recouping from a massive hangover about this time next week W0000T!
Posted by 23skidoo at 6:19 AM 2 comments:

It's finally coming and I can hardly contain myself!!

I've got to get a to-do list together so I don't forget anything. At my advanced age I've finally learned not to depend on remembering more than three things at a time, so here goes.

I need to get my travelling music together. My 60GB iPod bit the dust early this year and I did not replace it. It was probably my 5th ipod, so I gave up. I have my phone though, so I'm culling together a 5-10 GB list for Vegas. In the last couple days I replaced some older music I had been longing for for awhile, namely Sebadoh's Bakesale, The Cure's Three Imaginary Boys, and Fugazi's13 Songs. I also got ahold of some newer music such as Fang Island, Vampire Weekend, and Kings of Leon. I'd also like to give the gang over at Coventry music blog a big high 5 for finding the complete Mushroom Jazz series online.

I ordered a bounty the other day, hopefully it gets here in time.

I've taken Paulys 'Invading Vegas' post and taken most of his tips to heart.

I plan on packing as light as possible, so I won't be winning any best dressed awards this year, also I'm on the fence about bringing my laptop. Other than the plane ride, I don't seeing it being of much use, but we shall see. I'd be happy to hear an opinion or two on this. What else, Oh money. I've withdrawn some $ from FT, I'll be crossing my fingers that it gets here in a week, if not, no worries. I don't really plan on eating any insane meals. With 3 kids and a wife to provide Christmas for, its hard to justify dropping three bones on some fancy hunks of meat, although I must admit I'd really enjoy it.

As far as extra curriculars I want to just go with the flow. My only real appointments would be Saturday's tournament and tilting back a few glasses of yummy brown liquid with OhCaptain et al.

What else? ahhh, the last longer challenge. I have filled the final spot on the team with xkm1245. XK has been playing the blogger series for a pretty long time and will certainly be a great additon to the Rock and the maniac.

I'm really looking forward to seeing some folks I havent met and those of you I have.

You kids be careful out there, at least for one more week.
Posted by 23skidoo at 2:30 AM 4 comments: