Once again I took down the Bodonkey..yay!!

This time I came into the final table as the leader and gave it up with about 4 players left.  With three left, Smokkee had a nice lead on the table and I was second. I pushed QQ and was called by wwonka's AT which obviously turned into a FH for him. The very next hand I pushed AJ and smokk doublled me up with AT. I took my time and finally got a few hands in a row.  After a bit, I was in the BB with 2Td and faced a 3x raise vs smokk...I decided to see a flop. I flopped 2P on a 5d Tc 2c board with smokkee holding K7c. I check called the push and dodged all his outs.

Willwonka and I both mentioned deja-vu since we were in this spot just a couple weeks ago. I played the hammer on the first hand of heads up and wwonka just had no chance... I got TT, AQ, AA and finished him off with JTd vs Jx.  Good times.

Next week everyone gets their change to tilt waffles as he has a bounty on his head, so sign up early and we'll see you Thursday if I can make it.

Check Smokkee for more details.
Posted by 23skidoo at 2:12 AM 4 comments:

So I got to actually stay up and watch what turned out to be a pretty exciting game last night. Go Browns!

I'm heading up to NY tomorrow and I'll hopefully get some work done in between the poker. ;)
Posted by 23skidoo at 3:35 AM No comments:

in which we jinx ourselves.

I seldom write about my sports betting, mostly because I'm not a long term winner. I'll occasionally get the bug and throw out some bets and a crazy parlay or two in addition to the 2 NFL pick'em leagues and the college pick'em league I'm in.

This week I've already won some very close matchups with a blocked field goal helping the Crimson Tide to cover the 3.5. A one point Green Bay loss, that covered the 2 point spread. And a last second non-meaningful hail mary in the ATL/NO to go over 50.

Then I took all my bets and wrapped them up into a little parlay like so:

So now I get to sweat a 10 point win for the Cardinals to hit a nice little sum of money. GO CARDS!

So now the thing that will kill me is that if I hadn't tried to reverse jinx myself, would I still have lost...
Posted by 23skidoo at 8:28 AM No comments:

No only am I posting ever so infrequently, but I'm doing it on 2 sites...ugh.

Hopefully I'll be updating www.iam23skidoo.com more than this one, or at least the same.
Posted by 23skidoo at 3:02 PM No comments:

Here are the contents of an email I received from a good friend this afternoon:

In the spirit of putting America first, I have decided to reach out to the new Admin by re-naming my Black & White, neutered male freeloading cat of little accomplishment, Obama…..he was previously known as Beauregard.

(I think it is only fitting that the picture shows him hard at work in the Oval Office (asleep) sitting on top of my wallet!!!!

I can not recall the last time I laughed so hard at an email.
Posted by 23skidoo at 7:59 AM No comments:

OK what would you NOT put this on?? 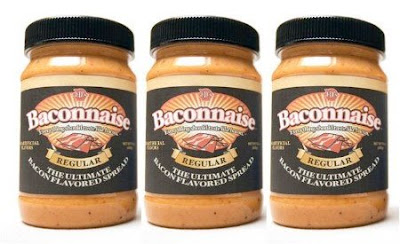