I still got some skill

The more things stay the same, the more they change, or something like that. I remembered that I had some amount of cash on Bodog, so I decided to download the poker client for my XP virtual machine. ( Can we please get a Mac client sometime this decade?) I found 36 bucks in cash and 54 in tournament credits left over from the blogger series (link doesn't work anymore) a while ago. SO I found a 1000 guarantee in late registration and joined in. The play was bodonktastic, and I was the chipleader as late as 6 players left, but I got a bad beat from the 2nd place guy, and coasted into 3rd for a $114 profit. Pretty sweet. 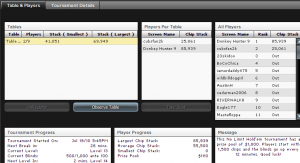 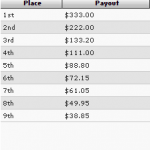 If you've been paying just a little attention to my posts for the last few months, you should notice I've been trying to make some positive changes to my life. I had a physical at the beginning of the year and it was a smack in the face. I flat out have not been taking care of myself for many years. I had fallen into some bad habits and I began to realize the abuse I have been doing to myself.

In January, the wife and I decided to quit smoking. It really wasn't much of an issue for us. I suspected my wife would have more of an issue than I, but she stayed strong and we haven't looked back ( minus 1 or 2 slip ups).

In May I decided that the fat had to go. I  was 236 pounds, inactive, tired and uninspired. I shed 12 pounds in a month and have maintained 221-225 since the end of June.

Well this month I decided to bite the bullet and quit drinking. Today makes 2 weeks and it was a little easier than I thought it would be, despite the fear I had. It was the fear I felt associated with quitting that really set my resolve. It scared me that is scared me to even think about quitting, circular logic wins!

Well that's it for now folks, maybe next month I'll start studying to be a priest and really complete my transformation. You kids be careful out there.
Posted by 23skidoo at 3:54 PM 2 comments:

Ready for a long weekend, may the 4th be with you.

You kids be careful out there.
Posted by 23skidoo at 8:03 AM No comments: